It is that time of the year when staff members in different major departments within each Class I railroad lay out their expectations for next year’s budgets.

The strategic question might be, “What’s the outlook in a period of traffic uncertainty?” My hypothesis suggests lower capital expenditures (cap ex) for 2020 than in 2019.

Unlike truckers, railroad managers face multi-faceted budget hurdles. Rail executives have a complex infrastructure to both maintain as well as improve. Railways are vast real estate organizations. They don’t pay into a trust fund to keep their “ways” in shape as with highways.

Regional engineers have calculated their “wish list” of projects based upon this year’s out-in-the-field operating experience. Those localized track, structure, signals and bridge “needs estimates” will then be sorted at headquarters against other system-wide data. The data sets include evaluations of ultrasonic inspection tapes of steel rails as well as assessments of geometry and surface defects that at some point require engineered correction.

All these hard data engineering assessments must be prioritized against the other overall business needs that marketing staff as well as locomotive and freight car mechanical departments are compiling.

Into October and November there will be a vetting of these competing capex needs lists. Not every project is going to be funded.

Most capital projects require a calculated cost/benefit calculation that allows these senior officers to rank projects by expected rate of return.  Those ROIC estimates are reviewed by the finance department according to approved templates.

Beyond that are movable assets like locomotives and freight cars. And there are general and administrative capital assets such as computers. 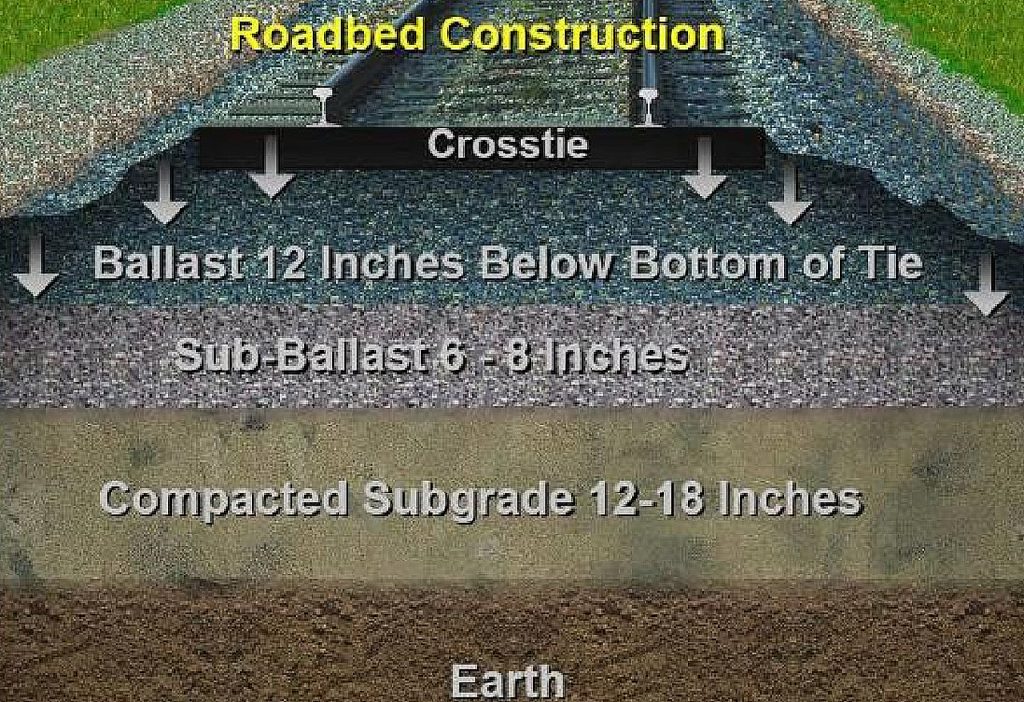 This route-structure part of railroad capital assets (along with tunnels) has the longest economic life measured, often in 50- to 100-plus years. But this structure also requires a good deal of steady-state maintenance to do such things as keep ballast clean and the geometry level. That kind of continuing maintenance consumes most of a railroad’s capital dollars each year.

There are broad categories over which capital dollars are spent each year on a major Class I that likely spends between $3 and $4 billion as its announced capital budget. A review of multiple railroads’ investor reports and SEC filings shows that the typical allocation of capital expenditure program by type of project includes:

Remember that these percentages represent long-term patterns. In any given year or series of years, a category can have a significantly higher or lower percentage share of the budget. Track and roadbed share might drop to 38% or lower in some years. Capital investment in Positive Train Control (PTC), for example, has been taking a rather large share of all major railroad capital dollars over the past half-decade or more.

During the early phases of a railroad adopting so-called Precision Scheduled Railroading (PSR) as a business model, some of these categories will see both a lower annual dollar allocation as well as a percentage of the capex annual budget pie. As one possible example, the financial targets under the roll-out of PSR heavily emphasize a reduction in locomotives and excess freight cars. That is the pattern revealed when we examine the changing railroad investment presentation slides.

In previous decades, when a railroad’s ROIC was often in the 4% to 7% range, many railroads tried to limit their annual capital expenditure to a target maximum.  One target range would be that capital expenditures would not exceed 75% to 80% of operating income.

During the high annual traffic growth years between 2002 and 2006, and again in 2010 to 2013, the capex of most of the Class I’s like BNSF and Norfolk Southern often was elevated and could represent about 20% to 25% of freight revenues. However, many of the railroad companies will see their total capital expenditures budget drop to a 14% to 18% share of freight revenues.

One notable exception is at CN, where exceptionally high traffic growth across the provinces of Alberta and British Columbia has resulted in CN having to invest significant capital to add trains per day and track capacity. That’s regarded as a positive investment shift. That change results in the 2018-19 capital expenditure budget at CN increasing up to the higher 20%-plus share of freight revenues.

After prioritization, the capital budget moves to the Board of Directors for discussion and a final decision. This typically occurs during late November or early December. Board approval then starts the process of bids and procurement. That allows materials to be ordered, then received. All of this takes time. Railroads’ capex projects are normally released to the industry press in January. 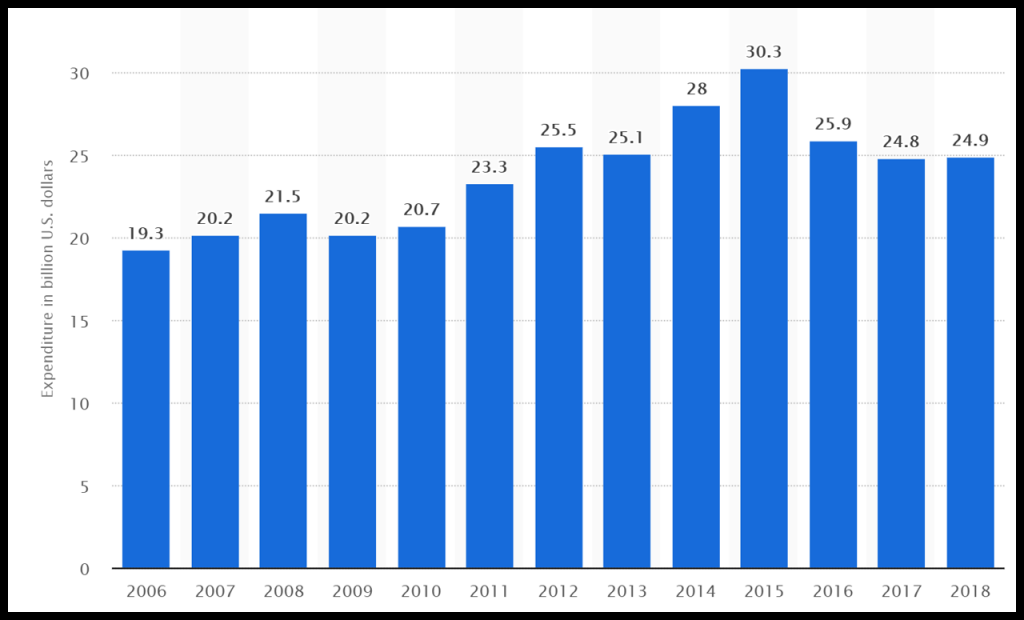 What is the outlook for 2020? That’s tricky to estimate given uncertainty of the U.S. economy and trade headwinds. Here is my estimated outlook based upon the current market view.

The capital expenditures for PTC projects over the past decade was estimated by various industry sources at a $12 billion initial design and installation expense. Most of the ongoing component system is now in place.  Therefore, incremental dispatching and communications PTC expenses are likely to fall during 2020. Exceptions might occur if certain PTC parts fail to perform as expected.

There is very little all-new railroad freight line construction under way in the U.S.  There are no large carload railroad yard projects being built, except for Union Pacific’s delayed Brazos classification yard in Texas.

New railroad freight car orders will drop to around 40,000—which is about a calculated steady state-fleet size replacement rate. In contrast, a good year might see 60,000 to 70,000 units ordered.

A year ago, the railroad boards of directors collectively approved healthy 2019 capital expenditure budgets. At the time, that expressed optimism about 2019 business volume for non-coal carload traffic and both domestic intermodal and international intermodal traffic growth. That business unit volume growth hasn’t occurred. The signals are that 2019 traffic volumes have turned out as much as 6% to near 10% lower than expected for the year.

Railroad board members often tend to be conservative, especially as they consider the flawed traffic volume outlook for 2019 that is still fresh in their minds. The result? It is possible that the U.S. Class I railroads may lower their 2020 capital budgets by as much as 4% to 6% below the amount authorized for 2019.